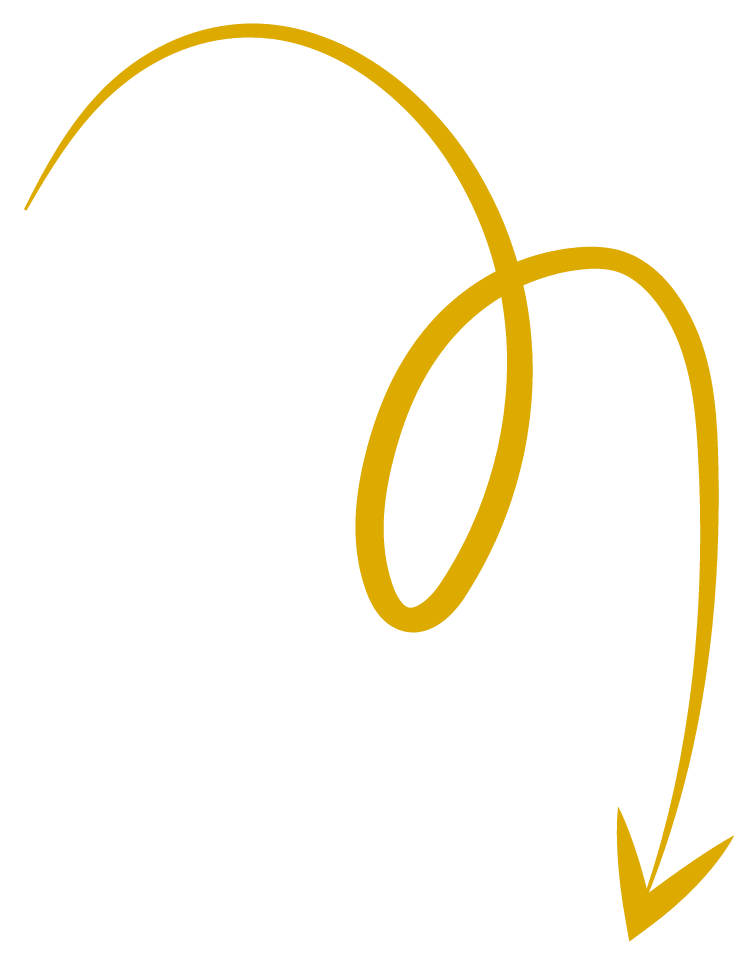 DIRECTIONS: Complete Form & then watch for a Text & Email Confirmation that

DIRECTIONS: Complete Form & then watch for a Text & Email Confirmation that 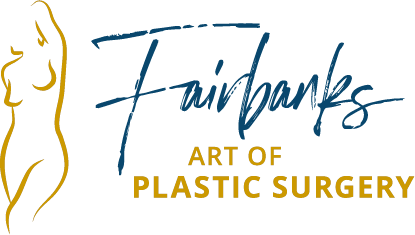 3. Addresses Hypertrophy of the Turbinates

5. Improves the function of the nose

A Rhinoplasty is often associated with a Septoplasty surgery, correction of a deviated septum, and reduction of the turbinate bones. This internal nasal airway surgery helps one to breathe better. The improvement of airflow with our nasal airway surgery can greatly improve a person’s quality of life, often resulting in better sleep and being less tired.

It is important that the nose breathes well, as well as looks good. Nasal airway problems can be corrected physiologically so that physical activities will not be hampered by breathing difficulties. Many Septoplasty patients will comment that they did not know that they were supposed to breathe so well after their surgery. They note that the improvement of their breathing was a great bonus of their Rhinoplasty. Others know that they have difficulty breathing, usually as a result of prior injury.

A Rhinoplasty is often associated with a Septoplasty—correction of a deviated septum—and reduction of the turbinate bones. This nasal airway surgery helps one to breathe better. The improvement of better airflow through a nose can greatly improve a person’s quality of life, often resulting in better sleep and being less tired.

The septum is the central internal structure of the nose that divides the two nostrils. This is often deviated as a result of injury, maybe by something as simple as being accidentally hit in the nose. Septal deviation is one of the most common causes of airway obstruction.

Nasal obstruction is not physiologic and may result in mouth-breathing. This, in turn, leads to a dry mouth, especially in the morning. It is also a significant contributor to snoring. Believe it or not, this can be so disruptive that spouses have reported the need to use earplugs at night to allow them to sleep.

The anatomy and physiology of the nose are amazing. The nose is a filter, thermal regulator, and humidifier.

As the air enters the nose, it first encounters vibrissae, stiff nasal hairs in the nostrils. The vibrissae filter out large airborne particles. Next, the air flows over the mucosa, the red nasal tissue, which produces mucous. The nasal mucous entrap fine particulate material. Through this filter system, the air is cleaned before it goes down into the lungs.

Temperature control of the air entering the lungs is started with the nose. Amazingly, by the time the air passes from the nostrils to the wall in the back of the throat (posterior pharynx), it is within one degree of body temperature. Turbinates are responsible for this extraordinary feat. The turbinates are a set of 3 curved, fin-like structures on the sidewall of the inside of each nasal passage, kind of like the fins of a motorcycle engine. They are made up of thin bone covered by blood-rich mucosa. The red mucosa is moist and can swell and contract. Swelling of this tissue results in nasal congestion. Since the turbinates have a rich blood supply, they allow for heat transfer to the inspired air as they increase the surface area inside the nose. The turbinates help warm the air as it flows through the nose.

The turbinates also humidify the air before it goes into the lungs. This is done by releasing water vapor into the air. In order for the nose to breathe well, there is a delicate balance between form and function, which must be maintained. If too much of the turbinates are resected during an operation for nasal airway obstruction, the nose can become chronically dry and result in a miserable condition called Atrophic Rhinitis. This is seen more in dry environments, like deserts, as opposed to humid environments. Patients with dry noses require the chronic use of special solutions for the rest of their lives. The recommendation is to avoid over–resection of the turbinates.

Candidates for a Septoplasty

3. History of being tired after a “good night sleep”

4. Prior diagnosis of septal deviation

5. Completion of facial growth—typically 16 years of age and older

7. Non-Smoker, no use of Tobacco Products

Often these patients will have a deformity of the external nose, requiring a Rhinoplasty.

A weak nasal cartilage framework can also contribute to nasal obstruction. Ordinarily, the two nostrils do not collapse with deep inspiration because they are supported by internal cartilages called the alar, or lower lateral cartilages. They make up the nasal valve. If these cartilages are too weak, displaced, or have been over–resected during surgery, the nostrils will collapse on inspiration, especially rapid inspiration. This results in obstruction of the external nasal valve, kind of like a camel’s nose.

Imagine the inside of the nose as a triangle. The upper portion of the triangle is called the internal nasal valve. This is between the nasal tip and the bony portion of the nose. This is held open by cartilage plates on either side, called the upper lateral cartilages. These have a telescope configuration beneath the nasal bones (upper part of the nose) and the alar cartilages of the nasal tip. When these cartilages are weak, have been removed, or collapsed after prior surgery, patients will have difficulty breathing through their noses. This is why devices such as Breathe-Right Strips work; they hold that part of the nose open.

The anterior one-third of the inferior turbinates play a part in the internal valve, the narrowest part of the internal nasal passageway. A deviated septum may impinge on a turbinate and obstruct airflow through that side of the nose. The turbinate on the opposite side will compensate by enlarging, and result in blockage on the opposite side of the septal deviation. Beyond that, the nose opens up like a funnel in the center of the head and occupies an amazing amount of space.

Trauma/injury to the nose, such as a nasal fracture, can cause external nasal deformity, septal deviation, and changes in the turbinates.

1. Incisions are internal and not easily seen

2. Central portion of the septum is removed

3. Enough of the septum is left to provide support, to prevent the collapse of the nose

4. Cartilaginous pieces of the septum are placed back to maintain normal anatomy

5. The anterior portions of the turbinate bones are removed

6. The turbinate mucosa is maintained, to maintain normal physiology

7. The turbinate bones are repositioned so as to open up the airway

8. Occasionally the cartilage graft will be placed to open up the internal nasal valve

9. The nose is packed with antibacterial gauze as a splint and to decrease bleeding

The goal of the surgeon is to straighten the septum and reduce enough turbinate tissue to alleviate the obstruction; at the same time, attention is given to not remove too much tissue, which may reduce or eliminate nasal function. This is all part of restoring proper breathing function.

If the supporting cartilages are weak or absent, they can be strengthened or rebuilt with the primary Rhinoplasty or Secondary Rhinoplasty. This may be necessary to have the improved breathing capacity you need after Septoplasty.

1. Taking 2 weeks off work is recommended

4. Heavy lifting is discouraged during the healing process

5. A cool mist humidifier is encouraged for comfort

6. Pain medication is provided for discomfort

7. Allow 3-6 months for the swelling to subside

One should plan on 1-2 weeks off from work. The overall recovery of Nasal Airway Surgery depends on the individual patient’s health and the extent of the surgery. Initially, there will be some discomfort, which lessens day by day. Pain medications will help. A cool-mist humidifier is encouraged for comfort due to mouth-breathing while the nose is packed. Once this is removed, strenuous activities, including exercise and sports, are discouraged for the first 6 weeks while the healing tissues have a chance to become stronger. Even though immediate results are appreciated after the packing is removed, there may be some rebound congestion. This will resolve over the next couple of weeks. The use of nasal saline, to keep the mucosa moist will help. It takes 3-6 months for all of the swellings to subside. The scars will be difficult to see as they are well hidden. A healthy lifestyle will help with recovery.

What Can I Expect?

Dr. Fairbanks has experience in dealing with nasal problems, including the unsatisfactory results from prior surgery. He is an artist. He combines medical science with art to be able to achieve impressive results. This has been demonstrated by the satisfaction of his patients, both his cosmetic and reconstruction patients, such as those with Cleft Lip Nasal Deformities. Similar techniques used in this Nasal Airway Surgery are used to correct Cleft Nasal Deformities. Every care and attention will be taken to maintain your health and well-being while providing you the improved result from your Nasal Airway Surgery.

Will My Results Last?

Results of Nasal Airway Surgery will vary with each patient. The anatomic approach used by Dr. Fairbanks allows for the nose to retain the new internal shape and open the airway. Avoidance of activities that may injure the nose will help to maintain the new appearance.

Dr. Fairbanks directs his surgery at improving both breathing function and nasal appearance. If you have a nasal breathing problem, he invites you to come in for a consultation. Dr. Fairbanks has extensive experience in performing these procedures. Every care and attention will be taken to maintain your health and well-being while providing you the optimal result from your Nasal Airway Surgery. 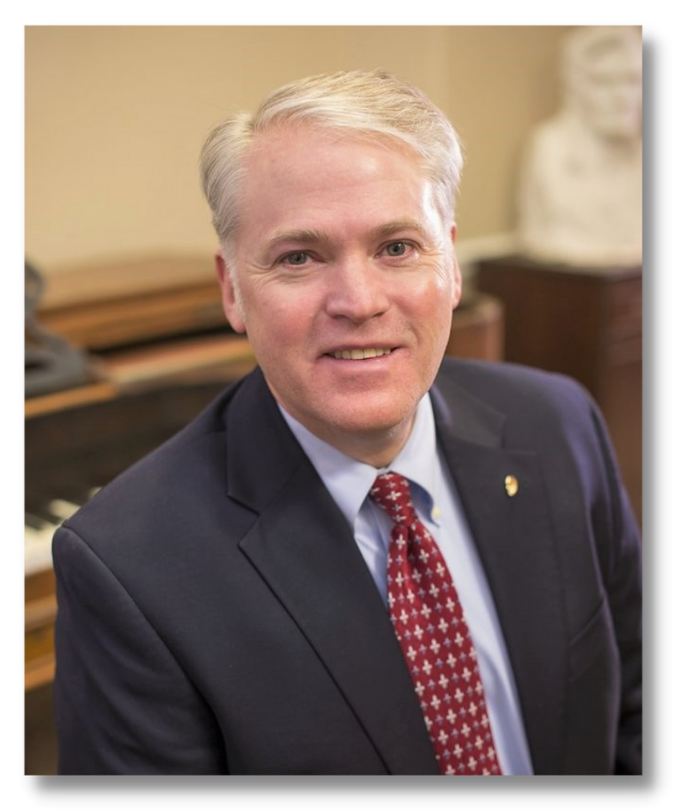 Dr. Fairbanks’ broad training in Plastic Surgery allows him to care for patients of all ages. He is highly trained as a Cosmetic & Reconstructive Plastic Surgeon in Utah & combines Advanced Surgical Skills with his Advanced Artistic Skills in order to get results that not only deliver Improved Functionality & Aesthetic Beauty, but most importantly, Natural Looking Results. Dr. Fairbanks Innovative & Exclusive approach to Plastic Surgery is respected around the world & he is recognized among the TOP Plastic Surgeons in practice today. His areas of expertise include Facial Plastic Surgery, Breast Surgery, Body Contouring & Pediatric Facial Deformities.

Dr. Fairbanks’ broad training in Plastic Surgery allows him to care for patients of all ages. He is highly trained as a Cosmetic & Reconstructive Plastic Surgeon in Utah & combines Advanced Surgical Skills with his Advanced Artistic Skills in order to get results that not only deliver Improved Functionality & Aesthetic Beauty, but most importantly, Natural Looking Results. Dr. Fairbanks Innovative & Exclusive approach to Plastic Surgery is respected around the world & he is recognized among the TOP Plastic Surgeons in practice today. His areas of expertise include Facial Plastic Surgery, Breast Surgery, Body Contouring & Pediatric Facial Deformities.

Our friendly staff is eager to help you set up a consultation & answer any questions that you may have.

& answer any questions that you may have.

Find out how we can help you finance today!

Find out how we can help you finance today!

Fly In For Surgery!

Our patients fly in to Utah from all over the world!

Our patients fly in to Utah from all over the world!